I was struggling, night before last, with a re-hash of the shit that’s been sulking under my bed for a couple of months now. Shit, let’s be honest…my personal stuff isn’t really skulking. It stalks and lurks and ambushes me sometimes. 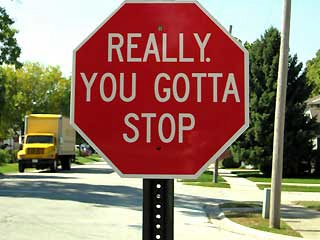 It is tough for me to reconcile all of the changes I’ve been through 6 months with the core of unrest on which IÂ seemÂ to be living. At least, it seems that way to me.

And there are some emotions that are so, so difficult for me to accept. I don’t like feeling bitter, I don’t do well when I have petty, snarky responses to the behaviors of others.

But the worst of all? What scares me the most? is anger. I barely have a handle on my anger so I have epic systems established to funnel the burning dense corrosive emotion away from my inner workings, and away from the outside world.

But if I CANNOT keep it from flowing outward? I feel obligated to swallow it. And that is damaging.

And it needs to stop. But I don’t know how. Not yet. Because I truly do fear the result of expressing my anger. And right now? It is…not going to do anyone any good for me to dump all over the place. Or anyplace.

When I made my decision to take the reins and stand up for getting my needs met in my last relationship, it hurt. Emotionally yes but also physically. I ached all over. I had several actual acute physical moments where I though I was getting sick but it was, in fact, a reaction to my suppressing the rage I felt about the way things were going, and the things that had not happened. But again, I sucked it up, took responsibility for my feelings, and waited until I could be nice, polite, and express myself sanely and rationally.

Except now I’m paying the price for that.

Changing my mind about what I need to do is so very difficult. But when the heart hasn’t changed…it feels impossible. And I feel heartsick and ill all over again.

It pulls me apart, this feeling that, despite being all that I could be, despite growing and changing and negotiation and doing some serious emotional Gerrymandering, it still wasn’t enough.

I need to be met half-way. And if that doesn’t happen emotionally, when I have the lessonÂ clearlyÂ outlined…AGAIN… in no uncertain terms and in ways that are so flagrantly obvious that the thought of ignoring these clues and sallying forth anyway sends me into a cold sweaty panic?

As I have been reminded by my dear friends and Family? m/s doesn’t happen in a vacuum. Everyone has to be invested. It is not about the s-type giving everything and the m-type accepting the responsibility at their convenience.

If you own a horse, it might suck to have to muck out the stable, pick clean their hooves, and stay up all night with a colicky animal. But you do it because it is your responsibility.

My friend @Â was editing one of my Kink Academy clips and remarked that, as tough as it might be, I practice what I preach.

And I do. And right now it is eviscerating.

So listen…I’m telling you now, and you can believe me later. Doing the right thing sometimes hurts so bad you’ll willingly swallow the poison…exhaust yourself…. sacrifice…do whatever it takes to ease the pain. But that is not the answer.

And this next part is for me, so you don’t have to read anymore

You’re doing OK. Stay strong. Even though it feels like killing pain.

Stay true to what you know you need.

YouÂ are a slave, and slaves are strong, and no one can take that from you or change that truth. Even in what you see as weakness, on fragility? It is lined with love and resilience.

And you kick ass.

And it is OK to be angry. Â And that will pass, too.

Posted in Real-Honest-To-Ganesha-True-Shit
← I’m in the top three for e[Lust] #33Milestone ahead. →